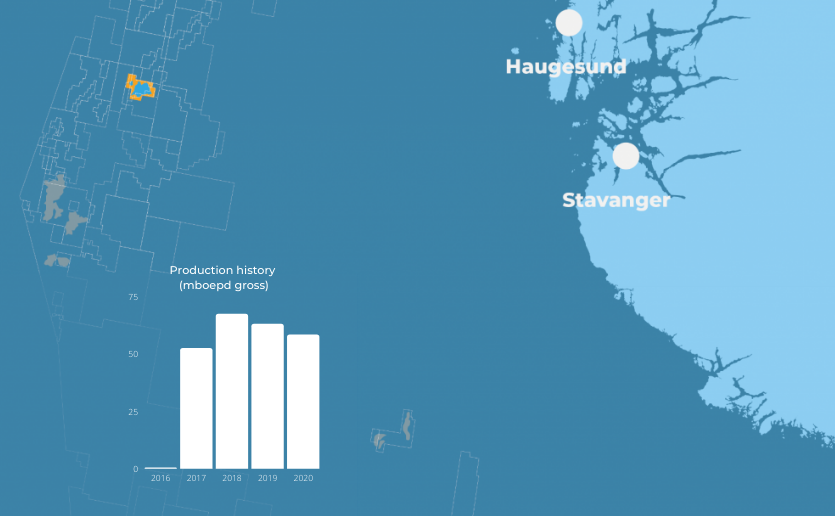 Ivar Aasen is a field in the northern part of the North Sea, 30 kilometres south of the Grane and Balder fields. The water depth is 110 metres. Ivar Aasen was discovered in 2008, and the plan for development and operation (PDO) was approved in 2013. The development comprises a production, drilling and quarters (PDQ) platform with a steel jacket and a separate jack-up rig for drilling and completion. Production started in 2016. The platform is equipped for tie-in of a subsea template planned for the development of the Hanz field, and for possible development of other nearby discoveries. First stage processing is carried out on the Ivar Aasen platform, and the partly processed fluids are transported to the Edvard Grieg platform for final processing and export.

The Ivar Aasen field produced 314 (341) boepd net to OKEA in 2020. Production availability was 94% (97%). The lower production and availability compared to 2019 was mainly a result of maintenance shutdown and production restrictions enforced by the Norwegian government. The Ivar Aasen field is powered by electricity from Edvard Grieg and will be supplied with power from shore as part of the joint development of Utsira High expected to commence in late 2022.