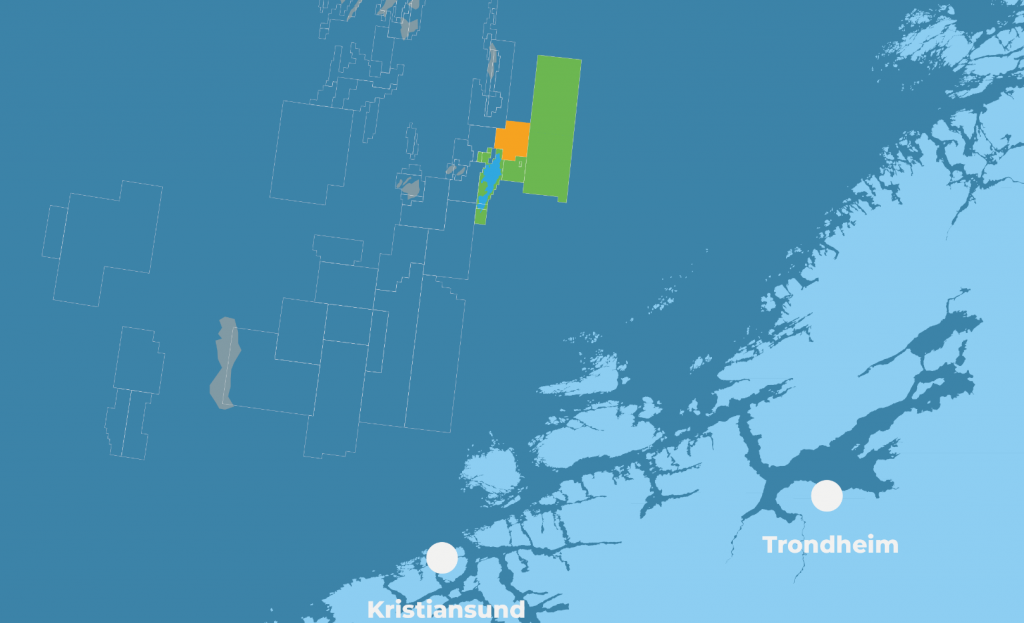 Draugen is a field in the southern part of the Norwegian Sea. The water depth in the area is 250 metres. Draugen was discovered in 1984, and the plan for development and production (PDO) was approved in 1988. The field has been developed with a concrete fixed facility and integrated topside, and has both platform and subsea wells. Stabilised oil is stored in tanks at the base of the facility. Two pipelines connect the facility to a floating loading-buoy. Production started in 1993.

The field is produced by pressure maintenance from water injection and by aquifer support.

The oil is offloaded via a floating loading-buoy and exported by tankers. The associated gas is used for power generation. Excess associated gas is transported via the Åsgard Transport System (ÅTS) to the Kårstø terminal.

One new well was drilled in 2015 and started production in late 2017. A new subsea pump contributes to increased production from the subsea wells. With declining oil production, sufficient volumes of associated gas will not be available for power generation, and alternative solutions are therefore being evaluated. Life time extension for the subsea structures is required to maintain the forecasted production profile.