OKEA AS, the oil and gas production and development company on the Norwegian Continental Shelf (“OKEA”), founded by management and Seacrest Capital Group, is pleased to announce it has entered into an agreement with A/S Norske Shell to acquire working interests in the Draugen (44.56% – Operator) and Gjøa (12% – Nonoperator) fields for a total consideration of 4.52 billion NOK (~$556 million). 80% of decommissioning financial liabilities will remain with Shell up to an agreed cap. 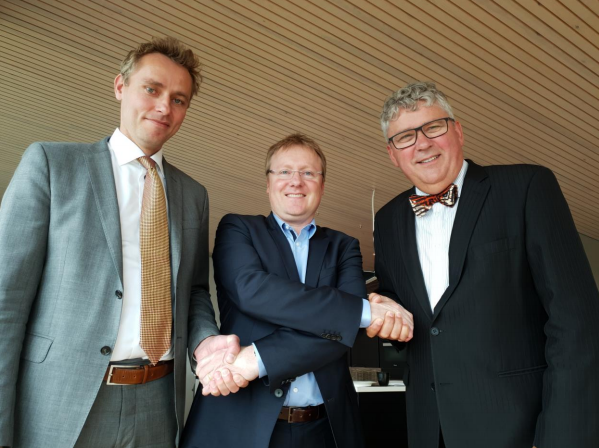 • OKEA estimates to acquire net daily production of c.22,000 barrels of oil equivalent from January 2018.
• According to Woodmac, on completion OKEA would rank 19th on the NCS in terms of daily production in 2018.
• OKEA’s net resources to increase from 11 to 53 million barrels oil equivalent.
• Significantly enhances operating capability of OKEA with operations centre in Kristiansund.
• Includes tax balances of c. 1,9 billion NOK.

The deal is subject to government approvals, with completion expected by Q4 2018 and the effective date for the transaction January 1st 2018.

OKEA was founded in 2015 and is headquartered in Trondheim. OKEA specializes in small and mid-sized developments on the NCS. Turning the Yme from decommissioning to redevelopment has proved the OKEA business model. The acquisition of the ready-to-relinquish Grevling discovery, now in planning for development, underlines the need for a specialized lean development and production company to fulfil the value and resource potential on the NCS. OKEA is the operator on Grevling and has recently assigned a working interest to Chrysaor.

The Draugen field was the first Norwegian Sea development and has been a flagship asset for A/S Norske Shell over the last 25 years. OKEA has the ambition to extend field life into the 2040s through continued focus on cost efficient operations, additional resources within the licence and near field exploration. The Gjøa field is a highly productive field with stable production, substantial subsurface upside and several tieins both committed and expected that will extend field life and value.

Kristiansund will be established as OKEA’s centre for operations on the NCS, not only for Draugen, but also for all future operated fields. Going forward, this will also represent further opportunities for the service industry already established in Kristiansund. During the transition period OKEA look forward to working closely with Shell and its staff to secure a successful transfer. OKEA look forward to becoming a safe and prudent operator of Draugen. OKEA will assume staff from A/S Norske Shell as a part of this transaction both in Kristiansund and Stavanger, and obviously, the offshore crew on Draugen. In addition to the involved assets, these staff will play a key role in OKEA’s future development and operations on the NCS.

The transaction will be financed through a combination of underwritten bond loan and equity. Bangchak Corporation PCL, a Thai downstream oil and gas company, have entered into a strategic partnership with Seacrest Capital Group, and together they will finance the acquisition. OKEA’s CEO Erik Haugane, said: “This high-quality acquisition is transformational for OKEA. The Draugen field is known for its excellent reservoir properties, operational excellence and outstanding HSSE performance. It will not only give us substantial production and cash flow, but additional operational capability and resource with which to take advantage of future opportunities and create value. We look forward to welcoming the highly skilled and experienced team from Shell and continuing operations in a safe, effective and prudent manner, as we establish the most effective operating company on the NCS.”

Henrik Schroder, Chairman:
“The combination of robust production assets, a strong pipeline of new development projects and leveraging OKEA’s focus on cost effective development of smaller fields, positions OKEA as a significant and unique player on the NCS.

Paul Murray, Partner:
“This transaction marks the beginning of a long-term strategic relationship with Bangchak, with whom we expect to continue to co-invest in the future. Globally, Seacrest continues to evaluate and pursue select opportunities to broaden our production and development portfolio, with this being a major milestone in that process.’’

About Seacrest Capital Group
Seacrest Capital Group is a leading independent energy investor specialising in offshore oil and gas investments, leveraging its proprietary assets, relationships and operational and technical capabilities to build a diversified, global portfolio of regionally focused oil and gas companies. Since 2010, Seacrest has invested in a number of upstream oil and gas companies in the United Kingdom, Norway, West Africa, Ireland, South East Asia and South America.

About Bangchak Corporation PCL
Bangchak Corporation Public Company Limited is a Thai energy company engaging in business alongside social and environmental stewardship. Its core business – petroleum refining – spans procurement of crude oil from domestic and overseas sources and refining it into various standard products. It also has businesses in renewables as well as petroleum exploration and production.