CFO Birte Norheim of OKEA is very pleased with the package of crisis measures for the oil industry which has now been resolved by a large majority of the Parliament (Norw.: Storting). In particular, OKEA raised the issue of negative term payments in the preparatory process. We succeeded in getting support for our proposal by good cooperation across the organization. The Finance department identified and defined the shortfalls in the initial proposal early, and the Business Development department spearheaded the work of diligently communicating the message. This collaboration was key for the breakthrough of this important element of the final resolution, says Norheim.

«I am impressed with the organization for being able to get our message across during some complex political negotiations and a relative short time window. This means that we will have cash on hand earlier, enabling us to reassess the profitable projects. Furthermore, it will provide us with support in the negotiation process with bondholders regarding changes to the loan terms, which we aim to have in place during the month of June.»

Norheim was pleasantly surprised by the recommendation pertaining to “negative term payments”. This contributed to altering the short-term picture considerably, supplying the company with liquidity as early as this year rather than carrying the deficit forward until we are in a taxpaying position again. Considering the current forward curves for oil price and own assumptions, we have estimated that OKEA will receive a payment in the amount of approximately NOK 600 million for the income year 2020, which otherwise would have been deductible only in later tax bills.

«This means that we will be able to make investments which will increase activity for both us as well as for our suppliers, rather than having to postpone profitable projects. This is a win-win which will create value for both our investors as well as for the State in the long term.»

The same day as the recommendation was published, the OKEA share jumped 25 percent. Norheim was pleased about the increase but abstains from speculating about further development in the share price. For her, it is most important to concentrate on OKEA delivering results, and to communicate this in a good, open and consistent manner to the market. She believes that true values will then be reflected in the share price over time. Norheim also refrains from speculating about the development of the oil price and gas price but notes that the oil price is on an upward trajectory, and that the gas price is historically low in the short-term picture.

«There is not much we can do about the prices, but it goes without saying that they are important – after all, this is our bread and butter. At the same time, it is important to emphasize that we do not make investments on the basis of short-term fluctuations in oil prices. Recently, the development in oil price has been positive, but there is still significant uncertainty in the market.»

OKEA’s new CFO also emphasizes that the company managed to include a very important risk-reducing element as part of the agreement entered into with Shell when it assumed the ownership and operatorship of Draugen, and the ownership interest in Gjøa. A key component of the agreement was that Shell assumed the responsibility for the main part of the removal obligations. Pursuant to the agreement, Shell will pay NOK 375 million, approximately USD 40 million, when OKEA completes the removal of the platform on Draugen. At the same time, Shell will assume the responsibility for 80 percent of the costs for OKEA’s part of the removal obligations for Draugen and Gjøa, limited to NOK 638 million. This equals approximately USD 67 million. According to the agreement, the amounts are subject to price-index adjustment.

«Of course, this is of great value to our investors, as it reduces our risk. It is important that we enhance this message in our communication to the market, as not everyone is aware of this. Removal obligations is a well-known issue in the industry but may not have received that much attention among the general public.»

Captured by a storm wind

Birte Norheim joined OKEA as Chief Financial Officer on 23 March. It was like being swept up by a storm, with oil prices in steep decline and the world in coronavirus lockdown. The share price approached NOK 6. At the same time, to top it all, the company reported that there was a risk of breach of the bond covenants. Not the easiest first day at work.

«I was working from home, with digital meetings and important matters to consider before I got to know systems, colleagues and underlying documents properly. However, I just had to roll up my sleeves and get started even though I found myself some distance away from my colleagues who were working from their homes in Trondheim. I enjoy challenges and seek out places where I have the opportunity to make an impact. It is during periods of crisis that one learns the most, and if we are able to work together as a team, most hurdles can be overcome.»

She explains why she chose OKEA and Trondheim.

«OKEA is an exciting company with a solid management team and an interesting strategy. It is a relatively small organization aiming to achieve – a dynamic organization with short decision-making processes. In short: a company with drive and agility. »

Birte Norheim has previously held leading positions with companies such as Sevan Marine and Njord Gas Infrastructure. Companies that have not gone under the radar, one might say. She has always sought out smaller companies in the establishment phase and enjoys the challenges facing companies requiring capital in order to realize their visions.

«I started in Sevan from just after they were listed on the stock exchange in 2005, and worked there through the entire upward journey and the entire downward journey until we found a solution where Teekay became the principal shareholder in 2011. It was an interesting and challenging journey and a great learning experience.»

She envisioned calmer days when she joined Njord, first as CFO and later as CEO. Things took an unexpected turn when the company’s framework conditions were drastically changed merely three months after she joined the company. Legal proceedings all the way through the Supreme Court and much media attention ensued. After the company was sold, she took the position as CFO with Nordic Mining in Oslo, a relatively small listed mining company heading towards the realizing of its first project. The construction of the mine facilities were to be financed – and establishing new mining operations in Norway always creates a lot of noise.

Setting her own course

It might look like a classic career path, but that has not been the case. Birte Norheim joined Lærdal Medical after completing upper secondary school, first as an assembly worker and later in the accounting office.  She received a scholarship from Lærdal to further her education, and four years of evening classes at BI Norwegian Business School followed.

«Lærdal is an amazing company with an exceptional culture and «helping save lives» as its slogan and motto. I am still grateful for the opportunities they offered me, and I am proud of my background there.»

She made a different choice also by opting for further management and finance studies in Brisbane, Australia. She refers to this period as four truly fantastic years, and she stayed behind an additional six months to teach at the university there prior to returning back home. Back on Norwegian soil, she became Chief Accountant with M-I Swaco, a company known for e.g. drilling fluids and production chemicals, now part of Schlumberger.

«There were lots of lessons to be learned for a young and newly qualified accounting professional, with stringent delivery requirements, with short and tight deadlines, to a US company with global reach.»

She continues to stay in touch with friends and family in her home town, Sandnes. She was a member of the board of Sandnes Sparebank for four years, before stepping down this spring.

«Are you a competitive person?»

«I might be a bit competitive, but my main focus is on creating results and I mostly enjoy achieving as a team. The last weeks effort to get support for our proposal in the tax negotiation exemplify this kind of cooperation, and the outcome is very satisfactory» 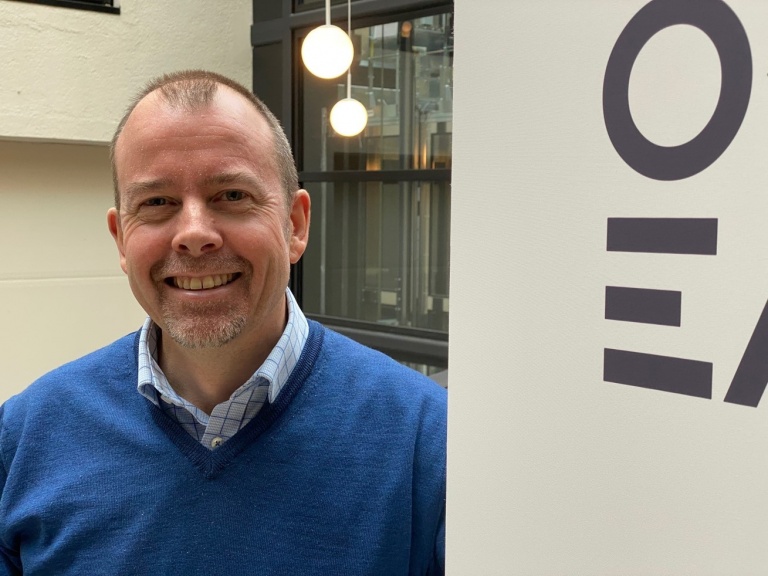 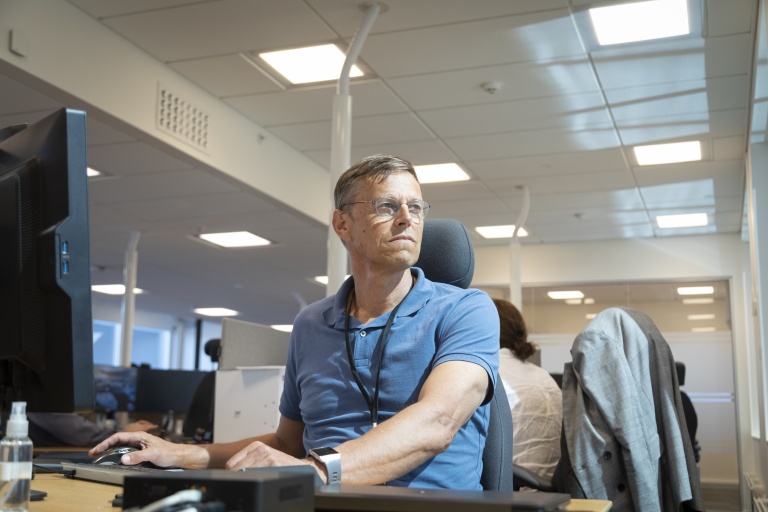